Supplements help with vitamin deficiency and can even improve your gym or sports performance. Nutritionist Rob Hobson reveals what to take and how it can help

While a food-first approach is the mantra of any sports nutritionist, there is evidence that supplements have a role to play in enhancing sporting performance.

Supplements are common amongst athletes, but they need to understand which ones will be beneficial for their sport and the correct evidence-based protocols for their use.

In some cases, certain supplements may hamper performance.

supplements have a role to play in enhancing sporting performance

It’s also imperative that athletes seek out Informed Sports Approved supplements which means the products are tested and certified such as Healthspan Elite range to avoid being disqualified for doping.

Seeking advice from a sports nutritionist can help athletes address both these issues.

There are many supplements available to athletes, but only a handful have been shown to help improve performance related to the type of sport they are engaged in.

These gels offer a quick supply of carbohydrates in the form of glucose and fructose. They differ in consistency and, unless ready mixed, will have to be taken with water to avoid any gut disruption.

These gels often contain other ingredients such as caffeine, electrolytes, vitamins, and minerals.

How do they help improve performance?

Adding carbohydrates to the diet during exercise can help to replenish glycogen stores to fuel performance.

A large meta-analysis published in the journal Nutrients showed that carbohydrate solutions have an ergogenic (performance enhancing) action when ingested during endurance exercise and help with cardiorespiratory fitness.

A blend of 2:1 glucose to fructose is most beneficial for replenishing glycogen.

Anyone competing in a sport that lasts more than 60 minutes may include endurance athletes (marathon, triathlon), cyclists, and tennis players.

Suppose your event lasts between one and two and a half hours. In that case, it is recommended that you ingest 30 to 60g per hour of carbohydrate. You should start refuelling 20 mins into your event.

This is a naturally occurring compound found in the fruit, leaves, and beans of coffee, cacao, and guarana plants.

Caffeine acts as a stimulant and is most consumed in coffee, tea, and soft drinks, typically containing between 30mg and 120mg.

shown to increase the release of endorphins

Given its association with performance, caffeine is also added to numerous supplements, including tablets, chewing gum, and sports gels.

Caffeine stimulates the central nervous system and has been shown to increase the release of endorphins, improve neuromuscular function and alertness, and reduce the perception of effort and fatigue.

A systematic review published in the Journal of Strength and Conditioning Research concluded that caffeine is an effective ergogenic aid for endurance athletes when taken before and during exercise (3-6mg per kg body weight) and that abstaining from caffeine for at least seven days before use increased the chance of optimising the effect.

Those most likely to benefit from taking caffeine include endurance athletes, team or intermittent sports players, and those engaged in high-intensity, short-duration sports.

Recommended guidance is 3 to 6mg per kg of body weight in the form of anhydrous caffeine (pill or powder form) consumed around 60 minutes before exercising.

Lower doses that this so less than 3mg/kg of body weight can be provided before and during exercise alongside a carbohydrate source (drinks and gels). 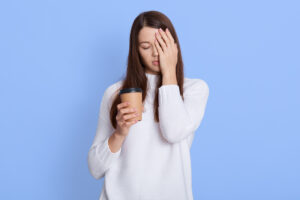 Creatine is an amino acid located chiefly in your body’s muscles. Your body stores creatine as phosphocreatine primarily in your muscles, where it’s used for energy.

Creatine is the most widely used supplement to increase strength performance amongst athletes.

This supplement increases creatine stores in the muscle, which helps augment the rate of phosphocreatine synthesis.

Phosphocreatine acts as an energy buffer, so having increased stores can enhance short-term, high-intensity exercise and the ability to perform repeated bouts of high-intensity effort.

A study published in the Annals of Nutrition and Metabolism showed that creatine supplementation minimally but significantly enhanced high-intensity sports performance and the muscle mass and strength gains achieved during resistance exercise training.

Who should take creatine?

This supplement benefits strength and power-based sports such as weightlifting and short-distance sprinting.

Creatine can cause weight gain, which is mostly water retention. This may be an issue for athletes who need to maintain a certain weight, so it is unlikely to benefit those involved in endurance sports or field events such as the high jump and pole vault.

It is recommended that you take 20g of creatine in four 5g doses across the day for one week. After this, 3 to 5g should be taken as maintenance. Research shows that this dosage is safe to take for four years.

Taking creatine with a meal containing a good carbohydrate source (pasta, rice, bread) can help with its uptake through the stimulation of insulin.

Creatine can also be found in products like the new Healthspan Elite All Blacks Creatine Powder, £24.95 that uses a new clever formulation Creapure®, which is an ultra-pure source that provides an unbeatable 99.95% creatine monohydrate. 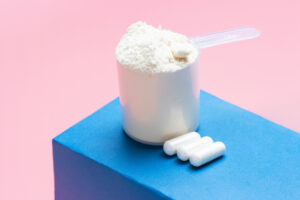 Beta-alanine is a non-essential amino acid, but unlike most amino acids, it is not used by your body to synthesise proteins.

Instead, beta-alanine works together with histidine to produce carnosine stored in skeletal muscle.

The fatigue and burning sensation during intense exercise are due to the breakdown of lactic acid into lactate and hydrogen ions.

The body deals with this by using carnosine, which is found in the muscles. This substance acts as a buffer neutralising these hydrogen ions.

Beta-alanine is an amino acid that makes up carnosine, so consuming it by way of a supplement can help increase carnosine levels.

Moderate to high-quality studies that appear to support that BA may increase power output and working capacity, decrease fatigue and exhaustion, and have a positive effect on body composition and carnosine content.

Who should consider beta-alanine?

Beta-alanine is thought to be most beneficial for continual or intermittent bouts of exercise lasting 30 seconds to ten minutes in duration, such as sprints and lifts, and allows training to be conducted at a higher intensity.

The recommended dosage is around 65mg/kg body weight to be taken as a split dose such as 1.6grams every three to four hours over an extended period.

This could be between ten to 12 weeks or as recommended by a sports nutritionist. Some people appear to be more responsive than others, which is linked to baseline carnosine levels.

Supplements may play a role in performance, but they need to be chosen following the type of sport an athlete is engaged in.

Any athlete considering taking a supplement also needs to test them well before the competition. There is no way of knowing how their body will react, which may harm their performance. 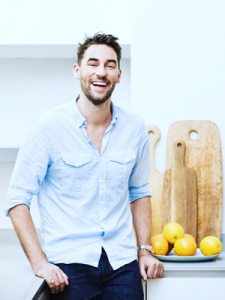 Rob Hobson is a Registered Nutritionist working with sports nutrition company  Healthspan Elite who have just launched a co-created range of gels, protein powders, supplements with the All Blacks rugby team.

Why are we so fat phobic? Good fats vs unhealthy fats

7 golden rules for making 2022 your fittest year yet

Signs of menopause? 7 things every woman needs to know